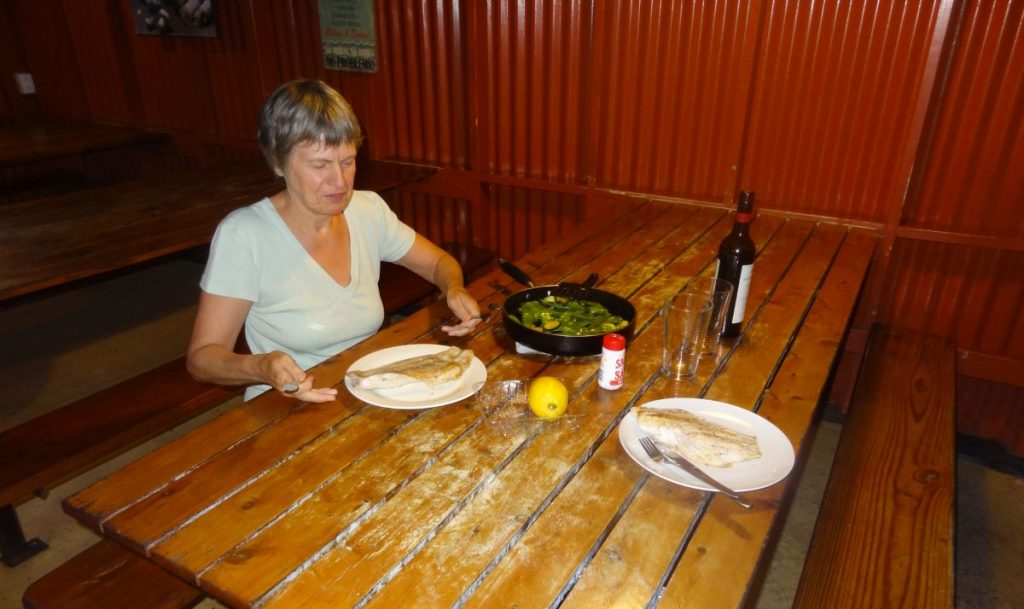 Before we come to the main issue „rain“ – a supplement to yesterday. We had already finished writing the blog when Annette started to prepare dinner. When she unpacked the fish we bought at Coles, the supermarket found all over in Australia, we both were scared amount the size: two huge filet of different local fresh fish….

And with it a big portion of vegetables, zucchini and sugar snaps. So, we started asking at our motel/hostel (a strange combination): who would be interested in some fish, nicely prepared?

And lo and behold – we found Phillipa from New Zealand who shated with us fish and vegetabel, in return to some tomatos and pawpaw as desert. Meanwhile we chatted about everything and anything….. 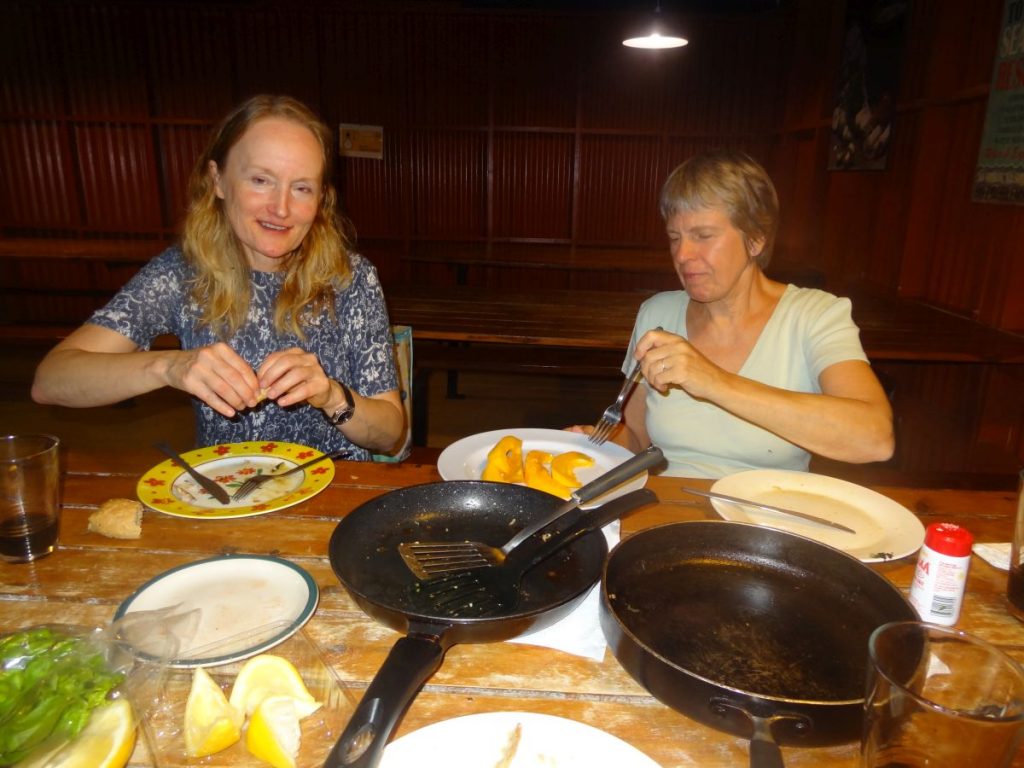 The weather, however, is little exiting. Since arriving in Port Douglas it is raining with only little stops in between. 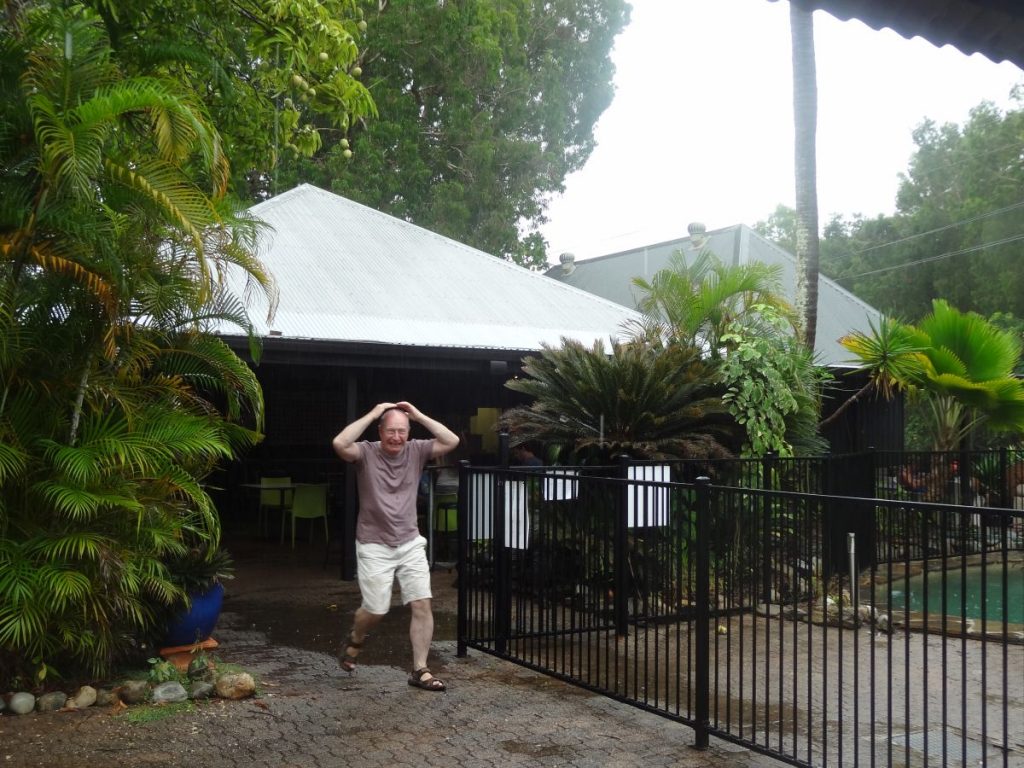 We could however not be stopped to drive from Port Douglas to the Mossman Gorge some 14 km further North. This is a tourist hotspot – one bus after the other bring people up here that follow their guides („My-Group-follow-me“) to the hip place . 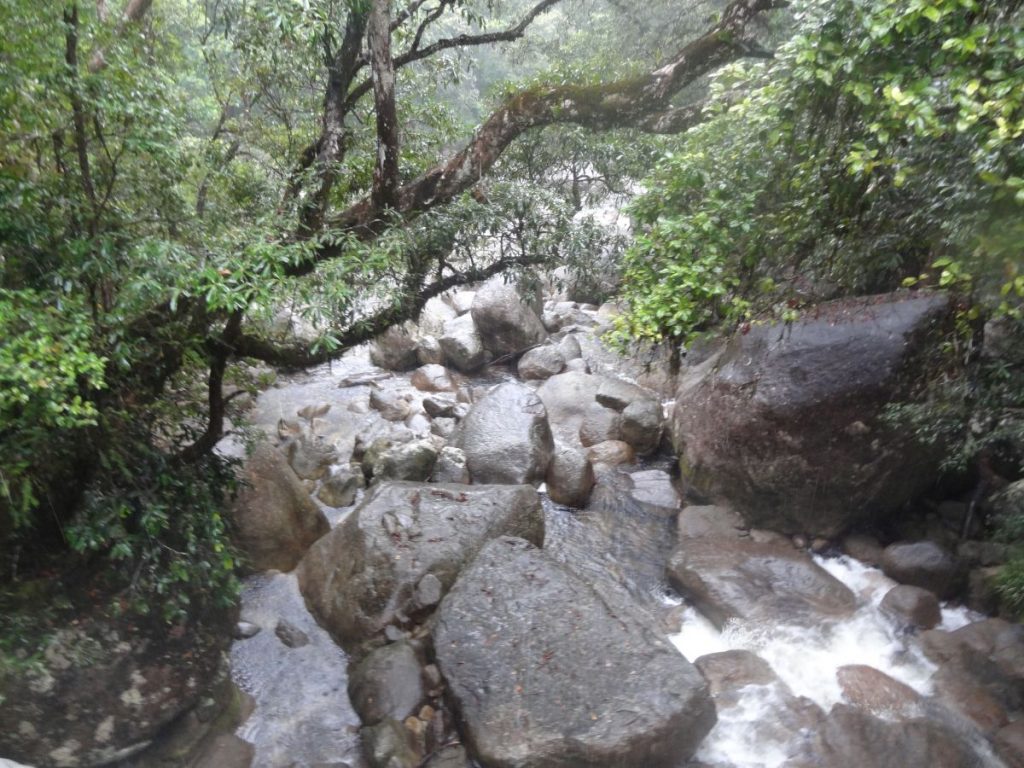 We have just arrived, hopped on the shuttle bus bringing us the 1.5 km to the starting point and left it to begin with the well prepared track, when heaven burst open heavily and we (as well as the others) got soaking wet in a short time.

Only after lengthy changing of clothes we were able to get a coffee and, finally, with now only slight rain, could continue our journey South to Cairns. Quite a bit of the windy road is along the beautiful coastline.

Before coming to Cairns, we stopped in Palm Cove, one of the beach suburbs of Cairns and had a look at the beach. 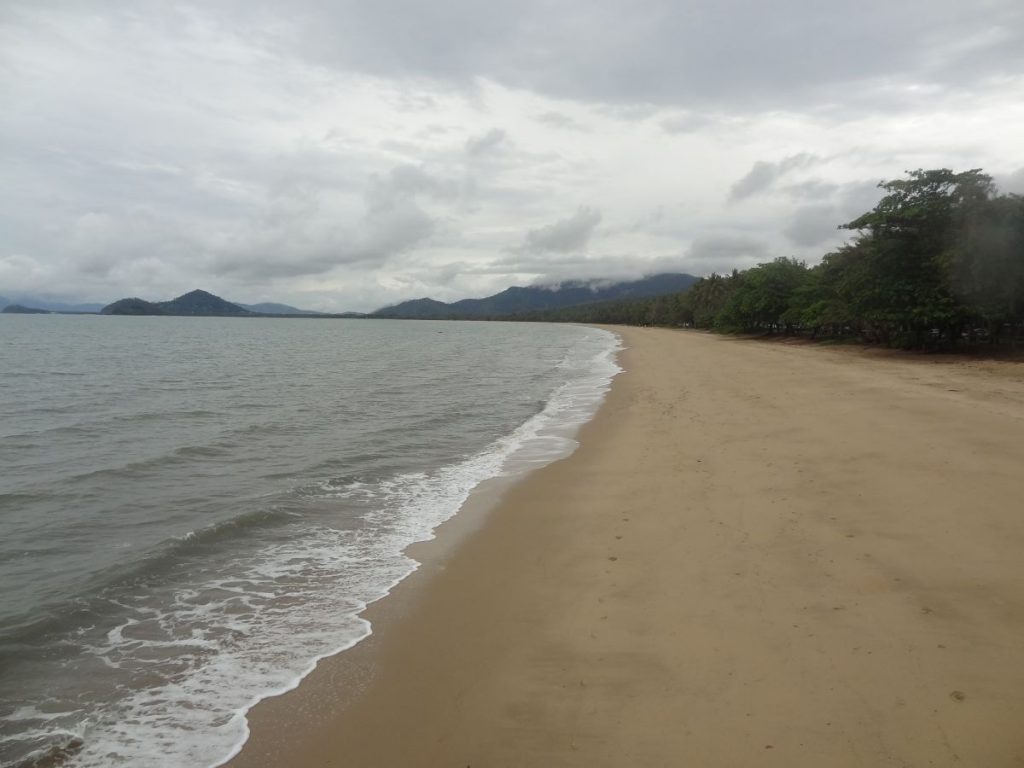 Really a nice beach but no sun. And impossible to swim (crocs and jelly fish).

The ramaining part oft he day we spend with preparations of our trip to Rockhampton by train. And we had to buy two new watches. Wendelin’s one, bought in Brisbane, fell down in Mareeba and broke, with Annette’s one the watchstrap broke. And we got 2 new ones at K-Mart, for 18 AUD together!!!

Tomorrow, we will not be able to write as we will be sitting on the train the whole day and evening.