After a quite restless night in a small room without windows, only the „anteroom“ had a sort o f window – that will result in a corresponding rating at booking com), we start in the morning at 7 a.m. , short shower, rest of packing, driving by car to the train station – here we check our main luggage in. The employee of Queensland Rail taking the baggage is without pity. One piece had 20,4 kg: „Can you take a kilo out for me…“. Other travellers found that also petty. a and with 19.9kg it was accepted. Okay, we take something out and finally, 19.9 kg were accepted.

After this Wendelin drove the rented car tot he respective office – at 8.30 he was back and the „Spirit of Queensland“ started punctual (at 8.59 a.m.) 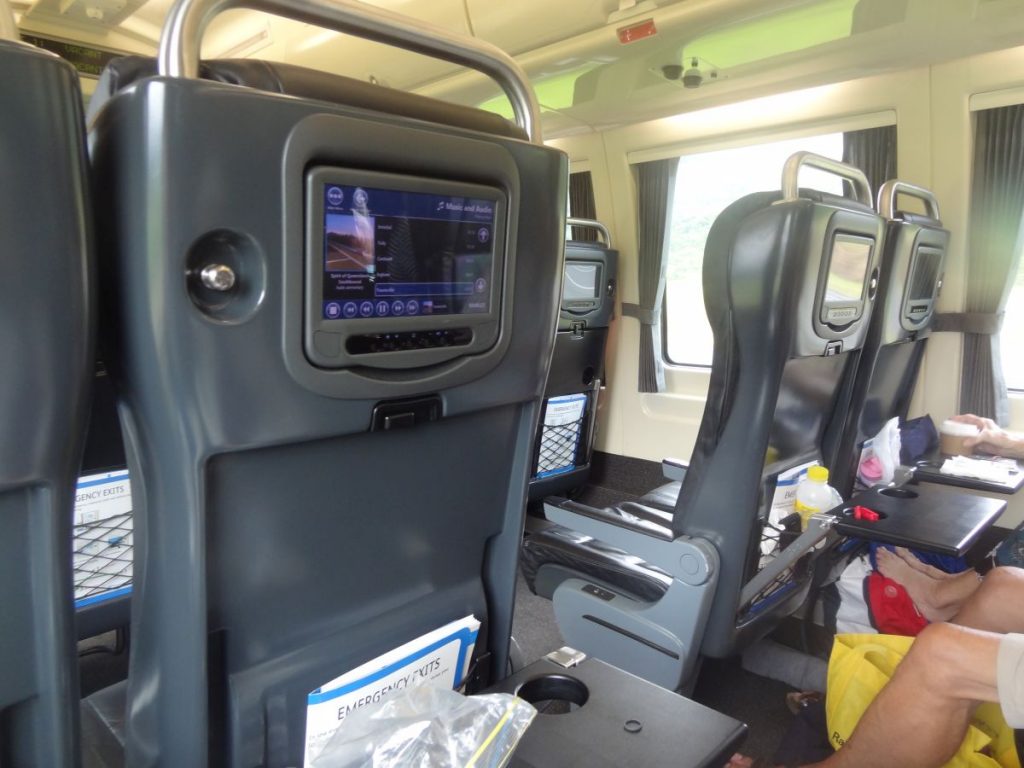 The train is well equipped, the seats are comfortable and you have plenty of room for your legs. We watch the passing landscape, a bit monotonous and rain overcasted. 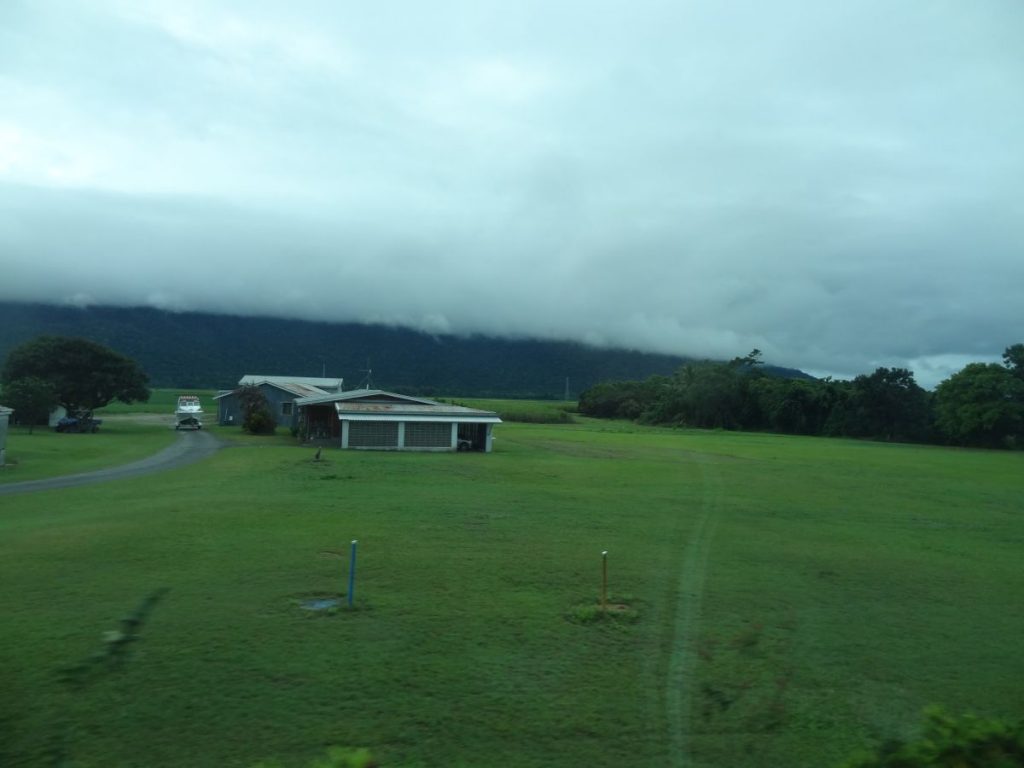 Until dawn some estimated 500 suggar cane fields passed by, also teak and banana plantations,  some pastures with cattle.…

Already when departing the staff informed that the train will probably only go until Rockhampton (and not Brisbane) as, due to the heavy rains, the track was not in order (but being repaired). It gave applause when the conductor finally announced that the service can be continued until Brisbane.